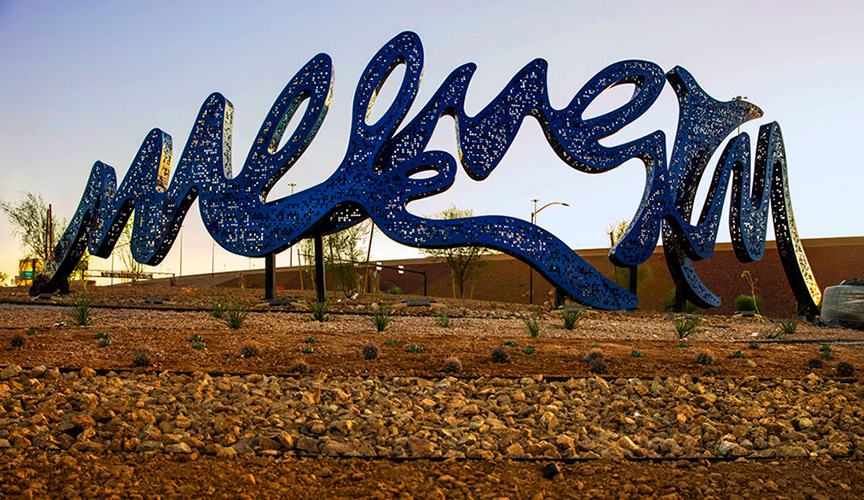 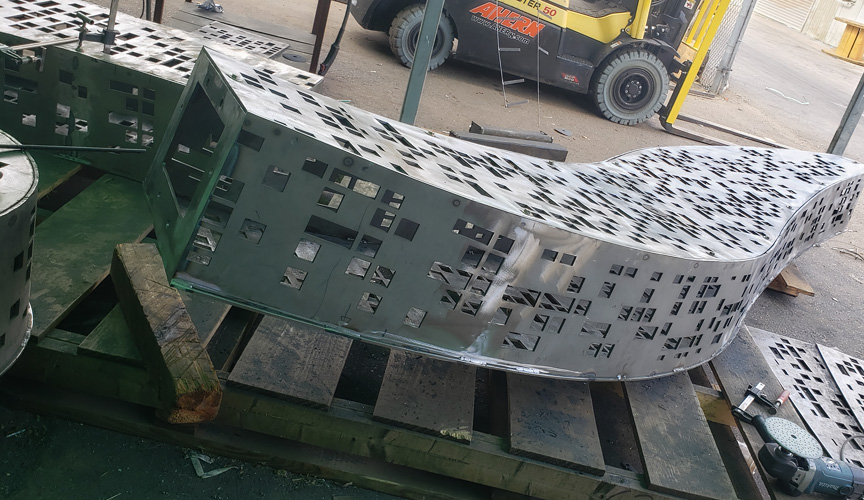 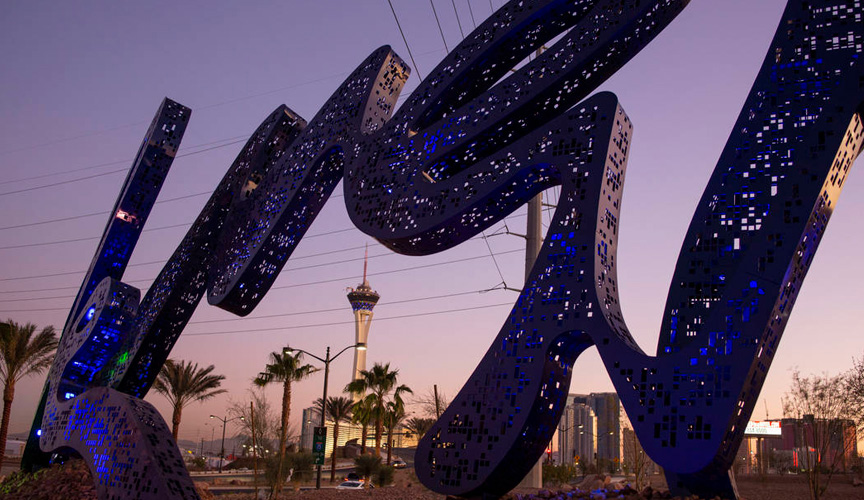 If you’ve driven on Charleston Boulevard near downtown Las Vegas recently, odds are you’ve passed a giant blue ribbon of metal on the southwest corner of the Western Avenue intersection and wondered what that mass of blue swirling metal is.

The art installation is dubbed “Found Font” and is one of the featured art pieces associated with Project Neon, according to the Nevada Department of Transportation. Created by PUNCH Architecture after a Las Vegas-sponsored design competition, the public art piece was paid for by the city, as it serves as a welcome to residents and visitors traveling to the area. The 12,000-pound, 66-foot-long, 17-foot-high perforated metal sculpture required a 25-ton mobile crane with a 92-foot boom for installation.

The sculpture loosely references an Euler spiral, which is a shape seen in many historic neon signs that define Las Vegas glamour and entertainment. It’s also a shape used in highway design and engineering for connecting and transitioning the geometry between a tangent and a circular curve, said NDOT spokesman Tony Illia.

“As a rule, up to 3 percent of new construction and capacity improvement funds may be used for landscape and aesthetics. State highways, as a result, are designed to reflect the land and people, community and cultural values of Nevadans,” Illia said. “Consequently, structures like ‘Found Font’ can help forge a sense of inclusion, making an emotional connection for visitors and locals alike, transforming the area into a gateway destination.”

The artwork is part of the landscaping and aesthetics included in Project Neon, the largest public works project in state history, coming in at nearly $1 billion. The 3-year-long, 4-mile-long Interstate 15 widening project between the Spaghetti Bowl and Sahara Avenue was announced as substantially complete earlier this month. Some landscaping and punch-list items remaining to be finished, but should all be wrapped up by the end of the month, according to NDOT.